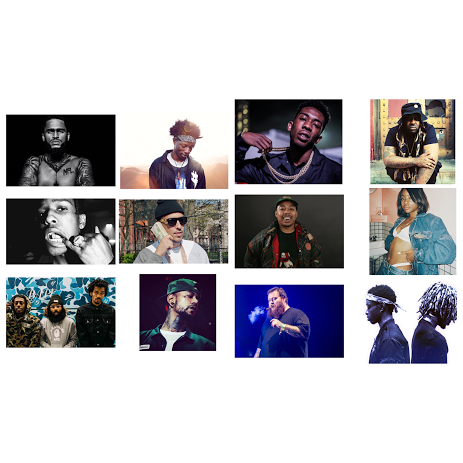 If you’re from New York or been living here for many years, then you have noticed the change in the music over here. Change can either be bad or good but from everyone’s response I guess it seems bad right?

Some people say New York lost it’s sound and have been chasing the Atlanta trap sound or recently been trying to rap like we’re from Chicago doing drill music.

This is true that New York artist have been sounding like other artist but at the same time in my opinion we’re never getting that golden era 90’s sound back & we should appreciate the new talent coming out of the city.

ASAP Rocky & French Montana are prime examples. People criticize them for not having that natural New York sound but these guys have been holding down the city and giving us hits and good music.

When you think of I guess “New New York” mainstream artist  I can think of that has been representing our city the right way & giving us good music I think of ASAP Rocky, French Montana, & Nicki Minaj.

I also feel like Joey Badass represents our city very well and makes great music sounding like a New York artist . With a variety of artist from Action Bronson & ASAP Ferg who are doing very well in their career, both have different styles, make great music, I think we have a great balance within the city.

There are a number of new artist that have been grinding hard and putting on for the city as well. New York has the best underground scene in my opinion and again I strongly suggest, we appreciate and support them.

Artist like Dave East, Tray Pizzy, Flatbush Zombies, Pro era, Underachievers, Smoke DZA, Manolo Rose, Bodega Bamz, Donmonique, Bas, Troy Ave, before his passing Chinx was doing great in his career, & before they got arrested GS9 brought a wave of new energy to the city that we needed.

Even though he doesn’t have  the New York sound but the number one song right now is Panda from Desiigner. Before Desiigner, GS9 had the city in a frenzy with there music and I feel like if they were free they would have been doing great right now in their career. Also 2Milly gave us Milly rock a more in depth look into the new energy the city has which needs to be discovered.

All of these artist I named have different sounds, talk about different things, have different content in their lyrics, and bring different energy. They all have one thing in common they’re all from New York and represent our city well.

New York City has to appreciate the artist we have now instead of criticizing them for not sounding like artist from the 90’s. We still have artist that can spit punchlines, bring us a variety of flows, and can rhyme there ass off. At the same time music is changing we don’t have to follow everyone else’s lead but at the same time we need to show love and appreciate the artist we have now. We have a number of individuals who are talented and have potential to lead us in the right direction.